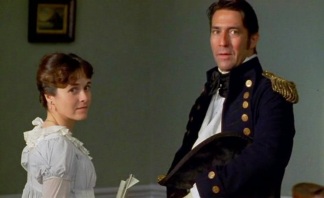 Was Jane Austen a feminist?

In order to answer that question, we first need a definition of feminism.  Here is how Merriam-Webster defines it: “the belief that men and women should have equal rights and opportunities.”  By this definition, most modern women (and men) are feminists.

Of course, “feminist” is a moving target.  In the 1900s, feminist meant someone with the radical idea that women should vote.  In the 60s and 70s, it meant someone who believed women could work outside the home.  But back in Jane Austen’s time there would have been many men (and women) who disputed the basic premise: that men and women could or should be equal in rights and opportunities.  Austen’s world did not provide equality.  Unmarried women of Austen’s class could not easily support themselves and lived lives that were circumscribed in many ways.  Married women had it even worse: once they married, all of their property became their husband’s.

While the word feminist was not in use during Austen’s era, there is plenty of evidence that she was aware of and unhappy about disparities in rights and opportunities between men and women.

Austen’s life itself may be the best argument for Austen as a feminist.  Women weren’t supposed to write novels, which many considered to be lurid and in bad taste.  They especially weren’t supposed to publish them.  Women were supposed to confine their lives to the private sphere of family and the home.  (In Persuasion, Austen writes:  “We live at home, quiet, confined…”)  The “public” aspect of publication should have disqualified Austen as an author—according to the customs of the time.  But Austen did publish, and she published as “a lady,” rather than using a male pseudonym, as the Bronte sisters did later.  It was obviously important to her that readers knew her books were written from a female perspective.

In Austen’s works you can also find many demonstrations of feminist beliefs.  While none of her characters agitate overtly for changes in gender norms, they also do not blindly follow the dictates of convention.  Elizabeth Bennet is too outspoken for a woman and refuses to bow to societal pressure to marry for the sake of money.  Fanny Price sticks to her internal sense of right and wrong no matter what her “betters” say.  Sense and Sensibility is a very eloquent examination of how women wrestle with questions of being ruled by head or heart.  In all of her books, the heroines are struggling to find a place in the world where they can be true to themselves—without compromising their values and needs.

However, I believe there is no better way to represent Austen’s feminist beliefs than a quote from Persuasion.  Hargrave says,  “I do not think I ever opened a book in my life which had not something to say upon woman’s inconstancy. Songs and proverbs, all talk of woman’s fickleness. But perhaps you will say, these were all written by men.”  Anne replies, “Perhaps I shall. Yes, yes, if you please, no reference to examples in books. Men have had every advantage of us in telling their own story. Education has been theirs in so much higher a degree; the pen has been in their hands. I will not allow books to prove anything.”  When I saw this scene in the movie version of Persuasion, I wanted to stand up and cheer.

I don’t think it was until I was in college that I realized how thoroughly disenfranchised women are in the history of literature.   With rare exceptions, women’s voices were not heard and women’s experiences were not represented until the 1800s and the popularization of the novel as a form of literature.   Yes, men have written—sometimes wonderful—female characters.  But we have no way of knowing what women themselves would have written if they’d had the opportunity through the centuries.  All we do know is that it would be different from what men wrote.

Austen herself demonstrates this truth.  A man could not have written her novels.  They are about a female world and a female experience.  Readers may swoon over Mr. Darcy, but it is Austen’s exploration of the feminine that makes her books unique.  Thank goodness Austen had the courage to “go public” with her stories, otherwise we wouldn’t have them.  We can all be thankful that Austen was a feminist.